After the Second World War, the New Look era came, and elegance once again became the key word of fashion. Elizabeth Taylor said: A woman without a silk scarf has no future. Facing Peegy's old-fashioned dress like a country girl coming to visit relatives in the city, the office senior kindly reminded her: "Men like silk scarves."

Smart as peegy, the silk scarf crept up on her neck the next day. For a long period of time, even if Peegy's over-the-knee dress was gradually changed to a mini skirt with the social atmosphere, the silk scarf still held its ground. Because in her mind, her success still needs the approval of men. In essence, she is still dressing for male aesthetics.

Even though Peggy's workplace clothes have changed dramatically in the later period, her most classic accessories have always been pearls.

In 1960, Chanel Suit turned out. With shoulder pads, more emphasis is placed on the power of women. As a fashion Icon at the time, the official certification of Kennedy Jacqueline made this suit a standard uniform for independent women at that time. 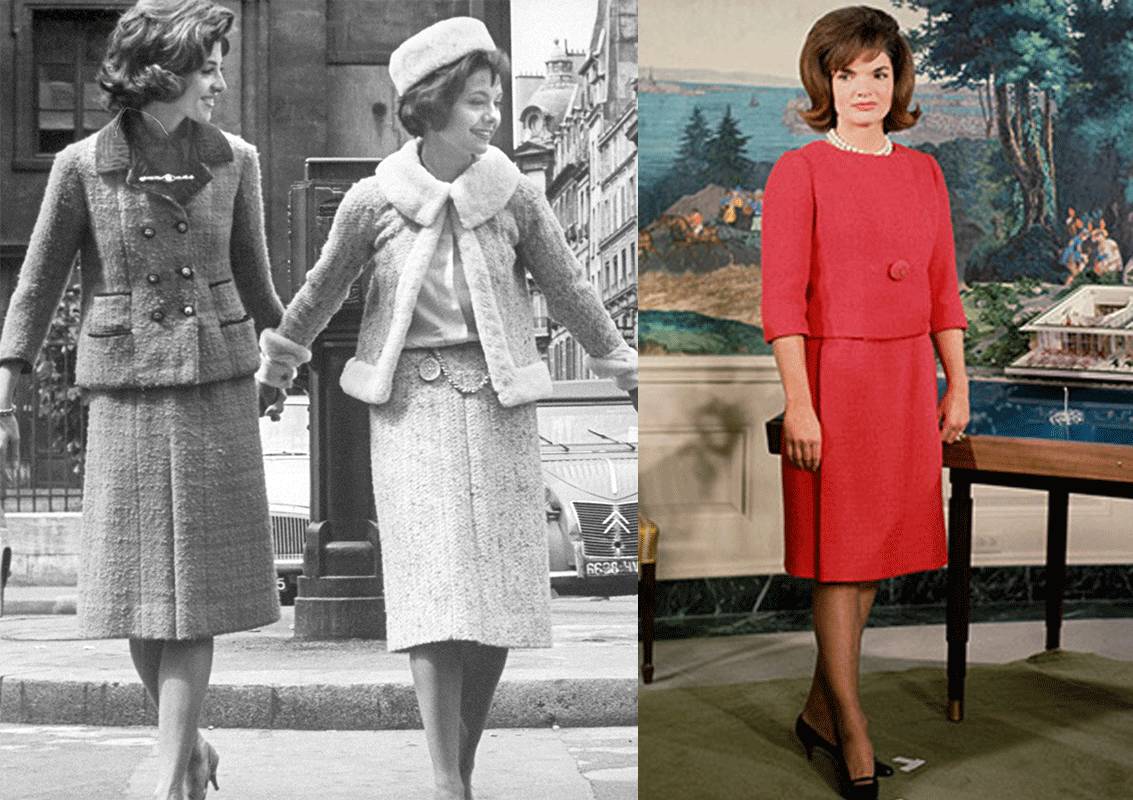 During this period, Peggy slowly gained a foothold, and her clothes naturally caught the fast train of the times: various mature professional suits began to appear in her wardrobe. 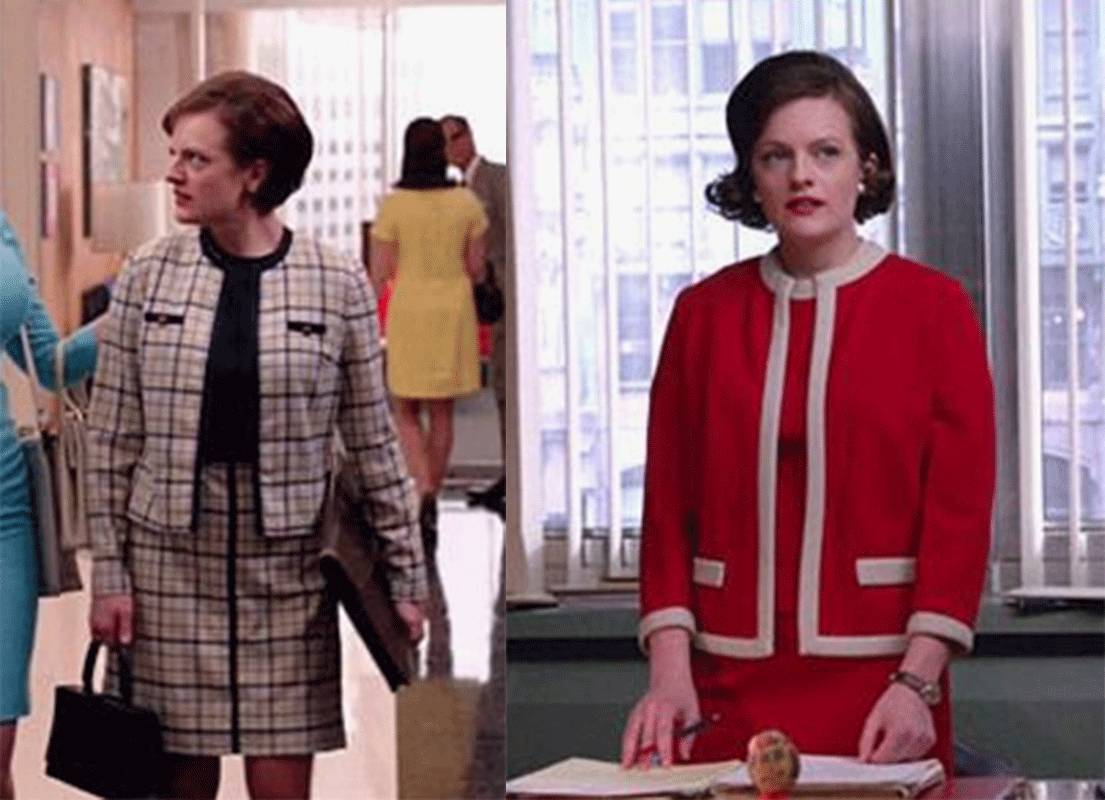 Although these suits seem to be commonplace nowadays, before 1950, if a woman in the upper class wore suits, it would have been pierced through the backbone. Peggy's choice to stay ahead of the trend is actually a change in her heart. She knows: "If you want a man to take you seriously, you have to dress like that, not like a little girl." She no longer wants to be a man. A screw in the right society no longer wants to cater to the male aesthetics of dressing!

Behind Peggy's success is not only because of the hard work of those shifts until 2 am, but also because she does not agree with the significance of women in the workplace only to pour tea for men, and she is also a microcosm of women in the workplace of that era. So in the final season of the story, Peggy replaced the former Boss who had promoted her, and sat in his place with his head high.

In the 1980s and 1990s, women began to show their prominence in the upper ranks of the workplace. With the right to speak, women began to have the right to wear suits. Professor Sheila Tarrant, author of "Fashion Talk: Style is Power", said: "The purpose of women wearing suits is to be taken seriously as business women, but they are criticized for imitating men because they are men's suits. Variant."

But the women who started to have the right to speak at that time obviously cast the eyes of nobody care. Anyway, the decision is in the hands of the old lady! And Gorgio Armani modified the men's clothing to design the power suit (Power Suit), as a model of modern professional wear, began to become popular among professional women!